(CNN)            An arrest was made Friday in an attack involving a stolen truck that barreled into pedestrians on the busiest street in the center of Stockholm, leaving at least people dead, Swedish police said.

A dozen people were injured in what appeared to be the latest use of a vehicle as a weapon of terror in Europe.
The Swedish Security Service said the attack happened just before 3 p.m. local time. People were seen fleeing the area in panic.
A beer truck was hijacked as it made a delivery nearby, according to the company that owned it. Eyewitnesses reported it being driven at speed along Drottninggatan (Queen Street) before it crashed into the front of a department store. 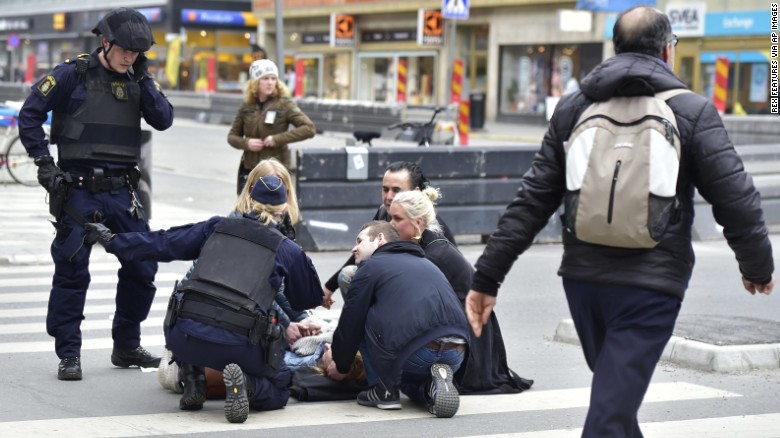 Police attend to people wounded in the Stockholm attack.
Security services had said a manhunt was underway for the truck driver. Police at a news conference said later that the man who was arrested matched the description of a man police considered a person of interest. It’s not clear whether the man in custody was the suspected driver.
Earlier, Anders Thornberg, director general of the Swedish Security Service, said a “person of interest” was being investigated and authorities released a photo of him.
Police also confirmed they were talking to two individuals about the attack, but stressed they were not suspects.
Parliament and the Stockholm subway were placed in lockdown. All train services in and out of Stockholm Central Station were halted and people were evacuated, the state railway company said. 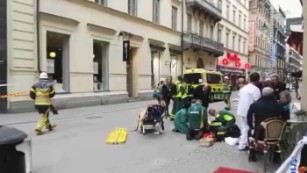 Video shows scene after Sweden attack 00:47
“Sweden has been attacked,” Prime Minister Stefan Lofven told reporters “Everything indicates this is a terror attack.”
Lofven said the government was doing everything possible to help the security services. “We are thinking about the victims — their families and friends — and those who were injured,” he said.”
The Prime Minister was returning to the capital from the west of the country, his spokesman Erik Nises told CNN.
King Carl XVI Gustaf announced he had cut short his state visit to Brazil to return home immediately in the aftermath of the attack. 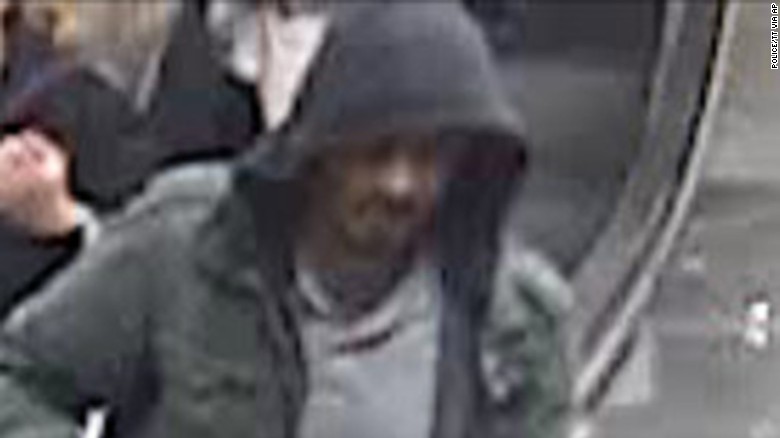 ‘He put his foot on the gas’

According to eyewitness Veronica Durango, the driver “put his foot on the gas and ran through the crowd.”
“He came from Olof Palmes Street and drove down to Drottninggatan,” Durango told CNN in a phone interview.
“It was like he was driving through paper. It’s like it was nothing. I can’t even believe how a person could do such a thing. And then he just kept on going. I was in shock.”
Spendrups Brewery, which owns the truck used in the attack, said the vehicle was “hijacked” by a “masked man” shortly before 3 p.m. local time.
Spokeswoman Rose-Marie Hertzman told CNN that the company’s driver attempted to chase after the truck but was nearly run over.
“Plenty of people have been injured and some have died in the attack that just hit Stockholm,” said Nina Odermalm Schei, head of press for the security service.
“We are still trying to determine who the attacker was, if the attack was carried by one or more people, and the number of injured.”
Carl Bildt, a former prime minister, wrote on Twitter: “Steal a lorry or a car and then drive it into a crowd. That seems to be the latest terrorist method. Berlin. London. Now Stockholm.”
Jens Stoltenberg, secretary general of NATO, said: “My heartfelt sympathies go to all those affected. We stand with the Swedish people in their grief.”
The Swedish Security Service first received notification at 2.55 p.m. on Friday that a truck had been driven into a crowd on Drottninggatan in Stockholm, a press officer told CNN.
Intensive intelligence work was underway in order to identify the person or persons behind the attack, the spokesman said.
The US Embassy in Stockholm told  US citizens to avoid the area of the attack.
The same area was hit by a failed attack in 2010. A suicide bomber died and two people were injured when his car bomb went off prematurely as he made his way towards the Drottninggatan street area, which was packed with Christmas shoppers. 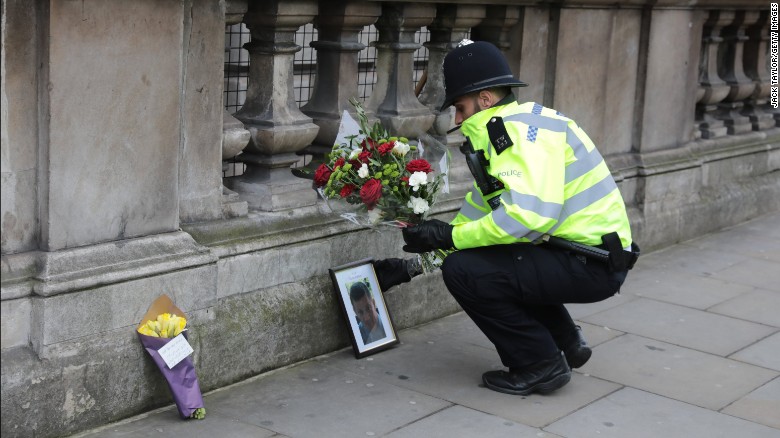 A police officer lays a floral tribute from a member of the public beside a photo of Keith Palmer, the Metropolitan Police constable who was stabbed to death near the Houses of Parliament in London during a terror attack on March 23, 2017.